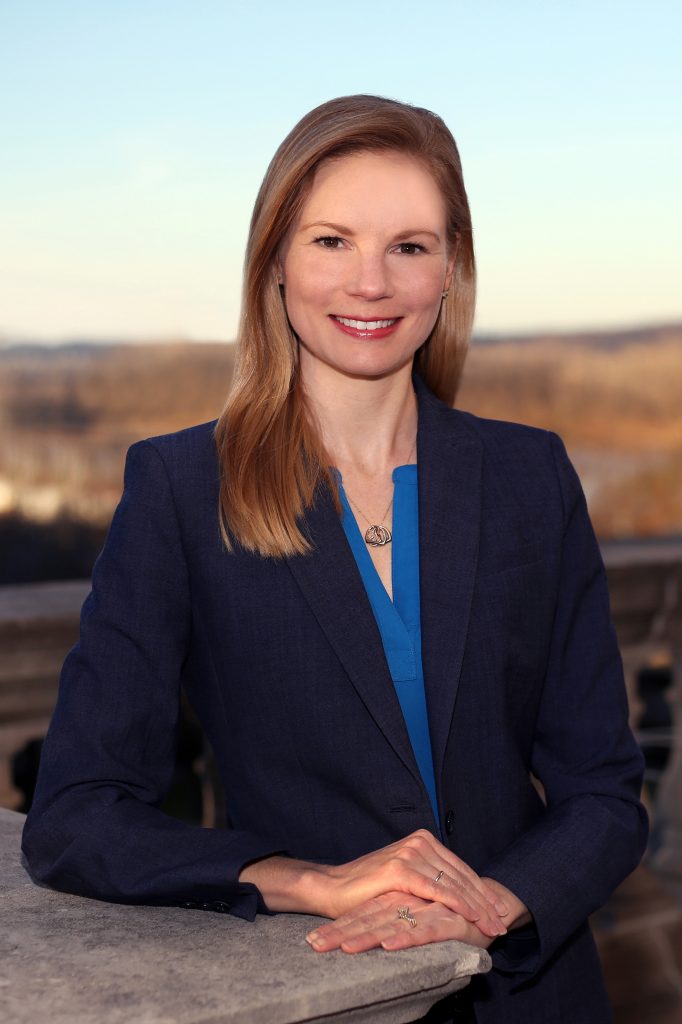 State Auditor, Nicole Galloway is the only Missouri woman elected to state-wide office.  As a mom of 3 children under 7, the youngest of whom was born while she was in office, she is a fierce advocate for the well-being and equality of other working women.  One pet project is simplifying the complex paperwork requirements for domestic violence agencies (like Lydia’s House) to claim the state funds to which they are entitled.  Since being sworn in, Auditor Galloway has identified mismanaged and wasted government funds totaling more than $300 million.

Nicole Galloway, CPA, was sworn in as Missouri’s 38th state auditor in 2015 and was elected to a second term in 2018. She is a certified public accountant and certified fraud examiner who brings her expertise to work each day as a strong, independent watchdog for Missourians. She is passionate about fiscal efficiency and is dedicated to protecting taxpayers to ensure they get the most out of their government.

Auditor Galloway serves as the citizens’ advocate, making sure government at all levels is efficient, effective and transparent. Since taking office she has placed an emphasis on identifying fraud in government and holding those responsible accountable. As a result, her audits have identified more than $300 million in government waste, fraud and mismanagement.

Time and again, Auditor Galloway has demonstrated that audits get results. Her reports have resulted in changes to government operations, improved processes and the return of stolen taxpayer funds. Examples include uncovering the reason for delayed tax refunds, bringing an end to illegal bonus payments funded by public dollars, and 38 criminal counts brought against corrupt public officials.

Prior to becoming State Auditor, she served as Treasurer of Boone County and has worked in the private sector as a corporate auditor, accountant, and actuarial analyst. Auditor Galloway utilizes these skills to more effectively serve Missourians in the State Auditor’s Office. An independent review of the office issued by the General Assembly called attention to her commitment to running an efficient, fiscally conservative office on behalf of taxpayers. In addition, the State Auditor’s Office has received the highest rating possible during a review by the National State Auditors Association.

She has received national recognition for her efforts to keep Missourians’ personal information secure and was honored by the Missouri NAACP for her role in shining a light on inappropriate and unfair practices occurring in municipal courts. Her work in exposing a billing scheme at a rural hospital in northern Missouri resulted in a federal investigation.

Auditor Galloway holds a Master of Business Administration degree from the University of Missouri and degrees in Applied Mathematics and Economics from Missouri University of Science and Technology in Rolla. She lives in Columbia with her husband, Jon, and sons William, Benjamin, and Joseph.

Disclaimer:  Your photo may be used in any and all publications and materials promoted by PWA.