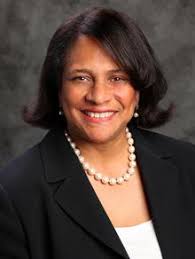 Sharon Harvey Davis is the Vice President Diversity and Inclusion and Chief
Diversity Officer for Ameren. She is the first Vice President for Diversity and
Inclusion at Ameren and is responsible for diversity training, Employee Resource
Groups, community partnerships, diversity communications and the Corporate
Diversity Council. Sharon joined Ameren in September 2002 as Diversity
Manager and was promoted to Diversity Director prior to her current position.
Ameren’s diversity programs have received several awards including the number
one ranking on the DiversityInc Top Utility Company Awards for the past four
years and was named the number one Regional Company in 2018. Ameren has
also been named the 2017 – 2019 Black Enterprise Best 50 Companies for
Diversity, 2009 to 2013 Association of Diversity Council Top 25 Honors Award,
2009 – 2019 Top 100 Military-Friendly Employer by G.I. Jobs Magazine, Human
Resource Management Association of Greater St. Louis Diversity Leader Award.

She holds a bachelor’s degree in Political Science from Washington University,
an Executive Master’s degree in International Business from St. Louis University
and a Certified Diversity Professional/Advanced Practitioner certification from
Cornell University. Sharon is certified as a Senior Professional in Human
Resources by the Society of Human Resource Management.

Her community involvement includes serving as a board member of FOCUS St.
Louis, Teach for America and St. Louis Public Schools Foundation. She is a
previous board member of the National Coalition of Community and Justice
where she served as the board chair.

Among Sharon’s awards she has received the Top Executive in Corporate
Diversity Award by Black Enterprise Magazine, the Distinguished Black Alumni
Award from Saint Louis University, the St. Louis YWCA Leaders of Distinction
Award and the Troublemaker of the Best Kind Award by Cultural Leadership.
Sharon is a graduate of the Leadership Saint Louis Class of 2017 and the
Greater Missouri Leadership Challenge Class of 2011.

Sharon resides in University City, Missouri. She is the proud parent of two
children, Preston and Cori.

Your meal will also be served with:
Caesar Salad
Brussel Sprouts
Asparagus
Fresh Berries with Cream

Disclaimer:  Your photo may be used in any and all publications and materials promoted by PWA.