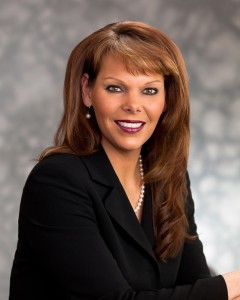 Kimberley Ritter – senior account manager for Nix Conference & Meeting Management – is no ordinary meeting planner. A 2008 client request for a conference facility that actively prohibited sex trafficking on its premises led Kim onto an investigative journey that soon had USA Today calling her a “sex trafficking super-sleuth.”

Since then she has used her knowledge of hotel décor to pinpoint the locations of photos on the notorious web site BackPage.com. She has developed an anti-trafficking training curriculum and certification program for hotels and their employees. She has devised a brand new Smartphone app for travelers to contribute to the hotel identification data base. And since 2013 she has taken the added role of director of development for Exchange Initiative – an organization formed by Nix to educate, engage, and empower individuals and organizations with resources to help put an end to forced prostitution of young women and underage girls in St. Louis and around the globe.

Kim’s work has earned her countless local and national awards, including being named by Successful Meetings Magazine as one of its 25 Most Influential People. Kim’s quest reads like a detective novel, but it is true, it’s locally-based and it includes actions steps for all of us.